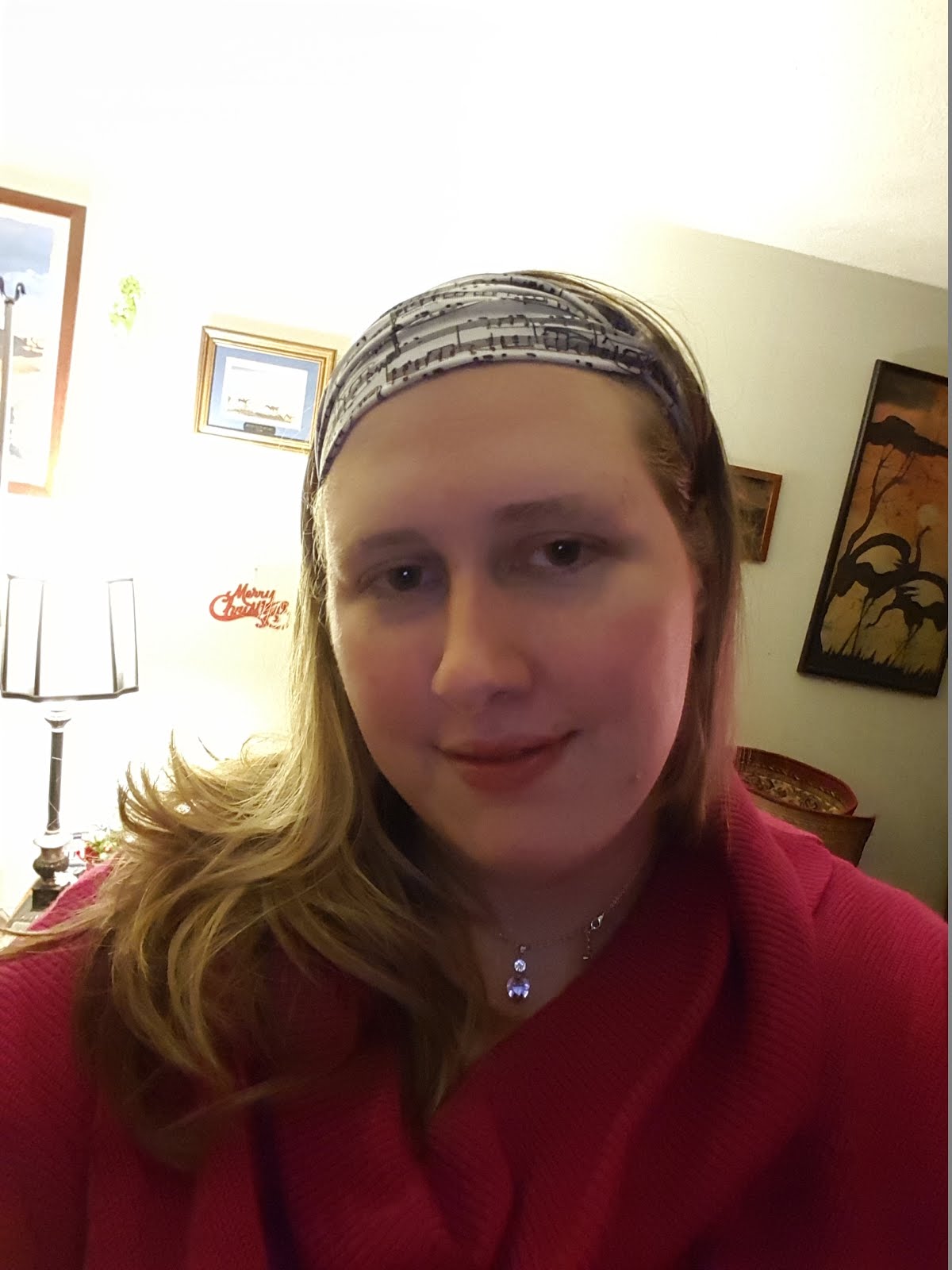 I have a new blog.

I am trying something new with the blog.

Janet Reid sat down with me and helped me with my query letter! Literally! Hella rad—on so many levels!!!

On a slightly more mature note, Janet was fabulous. She surprised me by being even funnier than she is when showing her wit in her blog(s). Oh, it wasn’t that she didn’t show her “inner shark” to me, because she did. And I was so grateful—even when she made me blush by going in for that fake bite. ;) Janet was wonderful because she, quite obviously, improved the query letters of everyone that afternoon. I think I could sum it up with one of her words…she made me/us “focus.”

I certainly would count myself among many who were stumped when she put us on the spot. Funny how simplicity is often the most difficult of obstacles. But I was determined. I didn’t drive nine hours to sit there! I wanted to learn from Janet Reid and she gave me the opportunity, without knowing me, or how far I drove, from any other crazy writer. How great is that, right?

I won’t be querying until April, as planned. Or perhaps May, with the extra work. The sweet and helpful Suzie, who accompanied/assisted Janet, is an agent as well at the same agency. I am only learning about her today, but she seems invaluable to Ms. Reid and very capable. When I query, I believe I will submit directly to Suzie who really impressed me with her knowledge of YA, her manner, and what I’ve read of her blog. She also looks at sci-fi YA, which is my thing… Yep.

I still plan to do a blog post on my clumsiness of the last couple days. How can I not? Laughs are in too short supply these days. And if you cannot laugh at yourself, then you are a jerk. At least, that’s my opinion.

I updated the blog a bit. Not much to say. Still editing.

What Music Defines You and How Does Music Affect Your Writing?

I meant to post this yesterday, but I didn't get a chance. Just in case you are wondering why there are two posts on one day. :)
___

If I had an album to define me and my life it would Within Temptation’s ‘The Silent Force’. I think everyone interprets lyrics somewhat differently from the next person, so what the band intended may not be what I see. Yet, based on the lyrics, the sound, and the general ‘feel’ of the album, ‘The Silent Force’ would be it for me.

What about you? What album defines you and your life?

On a similar topic, I know that my writing is almost symbiotic with music. If I can’t listen to music while I am writing there is no flow to the work. I also work much more slowly without music.

A couple of years ago I took up the formal practice of having a playlist for each of my books. With rewrites it tends to change, often dramatically so. But the thing about my playlists is I design them so that the novel can be read practically in time to the music meant for each chapter. This, of course, would not be exact as everyone reads at a different speed, more or less.

Still, it takes me a long time to compile the right music, usually based on what I was actually listening to when I wrote that scene/chapter or a song that fits perfectly in sound and lyrical composition. I don’t mind creating the playlists because they are, to some degree, self gratifying. As well, the readers seem to enjoy the lists. I don’t know if they actually listen as they read, but they at least like to know what I was listening to when I wrote the book. So yeah, I think playlists are a very good thing for an author/writer to have available. Well, unless your taste in music tends to be a bit too extreme for your target reader group. :)

So, how does music influence your writing? Do you adhere to the playlist principle?

I would love to hear other writers’ thoughts on these subjects.

The Story Behind the Creation of My ‘Nightmares of Nevaeh’

There is what amounts to a year of my life that I cannot remember at all. A dark space of missing time remains in the wake of my choices over roughly the last seven years. The worst of the traumas occurred between September of 2001 and the spring of 2004. But I believe the majority of my lost time comes from 2003. I’m not sure if that is subconsciously repressed or simply gone forever.

I never really talk about the traumas. The experience is always painful, no matter which incident I attempt to divulge -- something like coming very close to having a catharsis, yet being unable to find the release and healing. Sometimes I think of myself as damaged. I wonder if the decline in my physical health doesn’t somehow correlate to the remains of mental trauma. Perhaps being unable to let these things pass is gradually breaking me down.

You know, I was always an odd child. I had an overactive imagination when I was small. Since I turned thirteen I have had nightmares (since 2004, night terrors occasionally, too) every time I would sleep. I used to hate that. Even on the exceptionally rare occasions when my nightmares weren’t horrific, they always ended tragically. I almost wished they had been horrific when I woke up. Due to this ‘nightmare condition’ and the traumas in my life, I think I covet peace more than any other miserable soul I know. Yet, that is one thing I am continually denied. But I say ‘used to hate’ because my writing draws primarily from them, and writing gives me a purpose as well as a distraction from living on the darker side of the hill.

Who is to say what feeds nightmares? Is it what you eat before bed? What you watch? The collective remains of your day? The traumas you can’t let go of? Perhaps something you’ve heard? Science has a lot of explanations for nightmares.


My ‘Nevaeh Series’ was inspired or guided by nightmares. In a way, I created the entire storyline from the subconscious. I believe that, at least in my case, nightmares are part science and part spirituality. ‘Nightmares of Nevaeh’ was inspired by one, yes, but I cannot recall anything scientific from the days preceding that particular nightmare to explain it. I think the nightmare was actual a spiritual one, if it can be termed that way. And every time I became stuck on where to take the story next, another nightmare fed me information…like pieces of a puzzle I had to put together when I woke up. Maybe those nightmares were more subconsciously pushed by scientific factors than the initial nightmare. All the same, my protagonist has the same nightmare I had originally in the first chapter of the book.

The title of the book is rather obvious in this way. :)

I could speak metaphorically… If my writing were a living entity, then my nightmares would compose the skeleton. Every trauma as well as each small joy would create and shape the flesh. Except for the heart, this would be the sickness, Guilt. Blood would be the essence of Grief. Seen this way, my writing is perhaps a strange creature, darkly beautiful, tragic, yet not entirely without hope.

No matter my circumstances or experiences, I have yet to lose that last essential message. Even in nightmares, hope exists. Surrendering to fears merely blinds us that perpetual flicker of light in the darkness. I believe that is one of the main philosophical points I wished to make in ‘Nightmares of Nevaeh’.

Mel Skinner
Dayton, Ohio, United States
I am a writer and a college student. I enjoy writing novels and spec scripts, most of the time. Throughout my memories I've always been a storyteller. My dearest friends tell me my life is like movie, and they mean I live an unbelievable life. Until this idea kept being put forward, I never thought my life so different from anyone else. All I know is, I survive. I'm lucky. Wonderful things happen to me, and tragedies regularly knock on my door. Through all of this, I carry the stories. If that wasn't enough, I write novels because it delights me.

What I Am Currently Working On...

I'm currently doing research for a project. I'm not in a hurry. I am woring on a mysertery thriller. It's in the early stages.

Just in case you were wondering.
Mel

Blog's I Enjoy Reading (Still Adding To It)

Created by Crystal for my book. 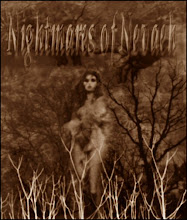 Created by Onyx Wildcat for my book.

Created by Crystal for my book, Nightmares of Nevaeh. 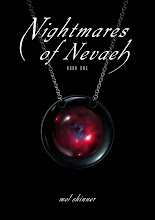 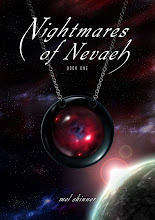